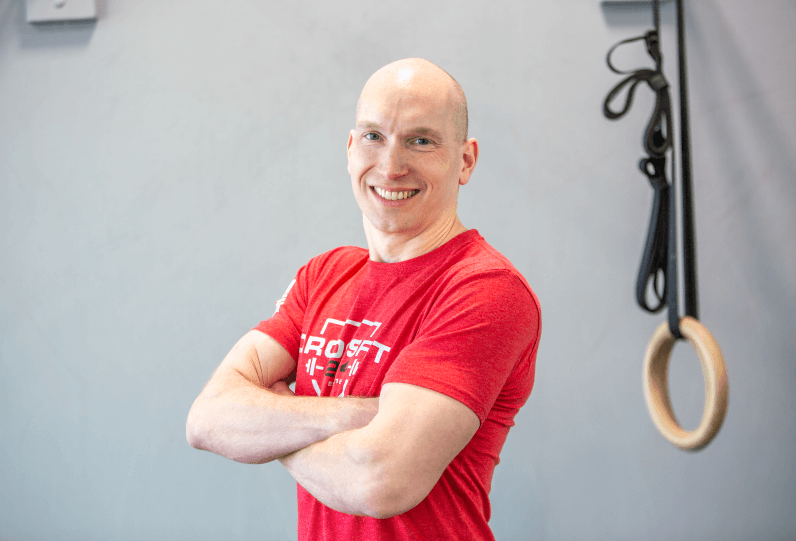 Coach Danny spent most of his childhood and early adulthood living a fairly sedentary life. After what should have been an easy 10 minute session on an elliptical machine with his wife left him a sweaty mess gasping for air, he knew he needed to make some changes in his life. He completed the Couch to 5K program in 2009 and gradually began running longer distances, ultimately completing the Marine Corps Marathon in 2013 and 2014. All that running took its toll, however, and he was often injured due to a lack of strength training to complement his long-distance running. In 2014, a friend suggested that because of Danny’s competitive nature, he should try CrossFit. The rest was history! Danny began participating in local CrossFit team competitions in 2015. As team captain, he discovered how much he enjoys the planning and strategy that go into the successful execution of a good individual or team workout (even when that plan goes out the window in the first round). Danny’s favorite CrossFit movements are rowing, wall balls, heavy deadlifts, light power cleans, and lateral burpees over the barbell.

Outside the gym, Danny is a software developer and cloud engineer who enjoys sharing his technical knowledge via online training courses. He enjoys spending time with his wife and two sons, all of whom you’ll often see working out at the box with him as well!