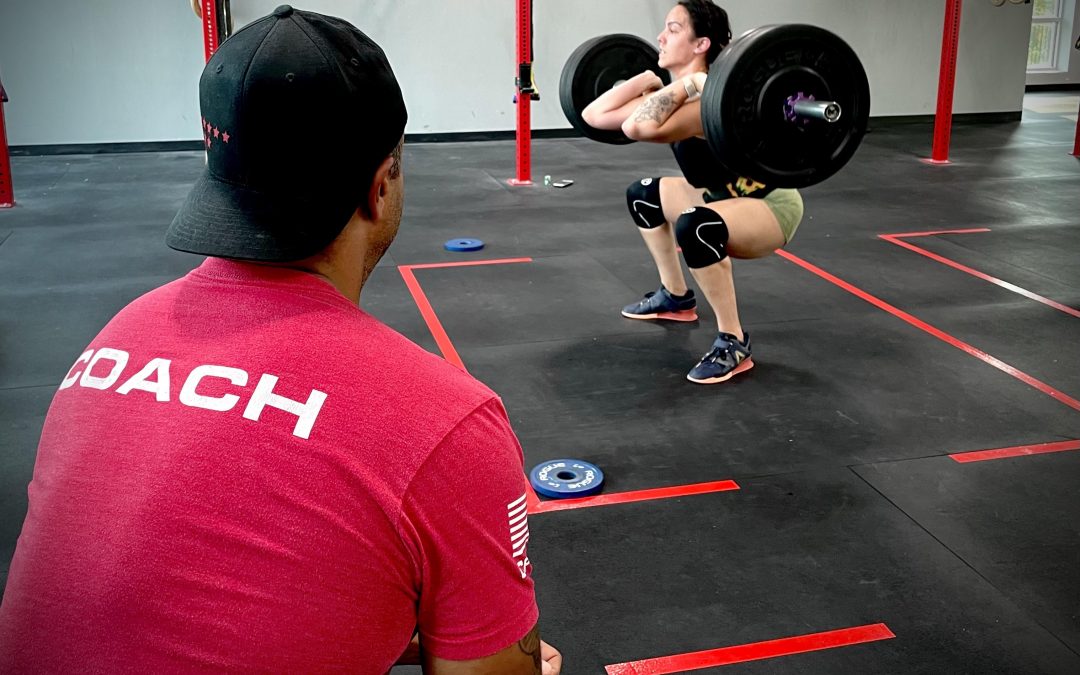 Coachability may not be recognized as a word from Webster’s, but it sure as heck is at CrossFit 234! What this word means is so important to us and should be to you also.

The entire premise of CrossFit is performing functional (full range, natural) movements at high intensity. There are a great deal of complex and high skill level movements that we utilize, since our bodies move functionally in a complex and highly skilled manner.

Everyone enters the training modalities we utilize with little to no experience in the vast majority movements. With intensity being the critical component to the success of our methods, it’s supremely important to utilize proper technique. Failing to do so is a one-way trip to a guaranteed injury.

Our coaches are trained to instruct progressions into each movement we utilize. Starting with the most fundamental basics and progressing up to the complete unassisted movement. After general and specific movement instructions are provided, our coaches spend nearly every other second of class accomplishing a two-part process, seeing and correcting. We’re constantly watching your movements and techniques and addressing the most critical fault to correct for you to continue working safely and with intensity.

So, what’s coachability? It’s a person’s ability to be both receptive to coaching feedback and their willingness to make the corrections afforded by their coach. In professional sports, this is often referred to in terms of “hard work beats talent, when talent doesn’t work hard”.

Coaching for the last 10 years has allowed me to see and come to know that not everyone is open to coaching. We train our coaches to be aware of this dynamic, and to more rapidly move on from athletes who clearly aren’t down for corrections or feedback. And that’s ok! In fact, even the most coachable person has days or moments where they just need to be left alone and allowed to do as they wish. That’s more than ok, it’s sometimes simply necessary. If your goal as an athlete (that’s what we call all of our members) is to improve…. then being coachable should be a priority. It’s tough though. It requires a loss of ego. This is super difficult for some people. Losing one’s ego takes conscious effort and practice. It’s definitely not a light switch that can be flipped at first.

For those who avoid coaching because you think you know best, our gym is likely not the place you’ll feel most comfortable. We don’t hold space for that in our culture. A fact everyone should also understand is that your coach doesn’t need to be a better athlete than you, have a faster Fran time, or lift as heavy as you in order to be an exceptional coach and worthy of improving your technique. Do you think Phil Jackson, coach of the dynasty Chicago Bulls, was ever a day in his life as good or capable at basketball as Michael Jordan? Do you think that Robbie Ftorek, coach of the dynasty LA Kings, was ever a better hockey player than the Wayne Gretzky that he coached? No, they weren’t, and the list goes on. Coaching is a skill and technique all on its own, and the coachability of an athlete directly corresponds to their own success. Whether professionally in an office, or with your CrossFit hobby, being coachable is your key to growth in ability.