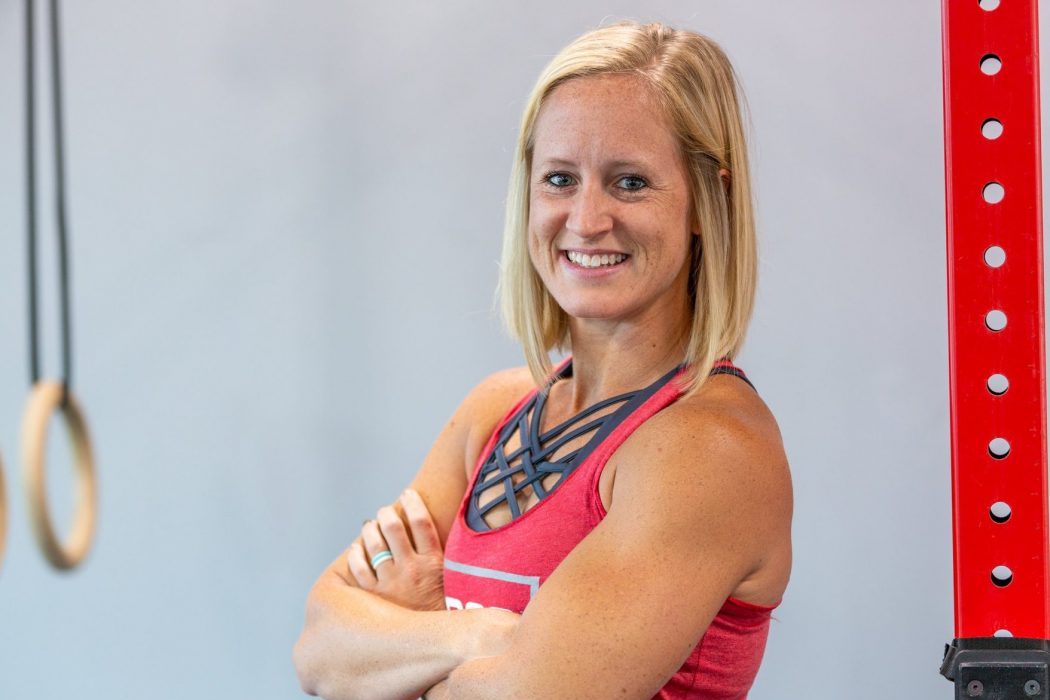 Rachel is originally from sunny Florida and met her husband, Jay, while they were in college at Florida State University. They have two children, Sloane and Hudson. Sports and Fitness have always been a part of Rachel’s life. She played softball in high school and then started running in college when one of her roommates suggested they run a marathon…and Rachel isn’t one to back down from a challenge. Rachel started CrossFit in the beginning of 2016. She had a neighbor suggest that she try one of the “Boot camp” classes at her local CrossFit gym. While waiting for boot camp one day, she observed the end of one of the CrossFit classes and she was sold. She converted to regular CrossFit classes and has been hooked ever since. Rachel’s favorite WODs usually include running, cleans or HSPU and her least favorite include anything with the assault bike. Rachel earned her CrossFit Level 1 in August 2018 and began coaching shortly after. Rachel says there is nothing like seeing the progress that athlete’s make and helping them in reaching goals that they didn’t think were possible. Rachel attended the CrossFit Kids course in January 2019 and had the opportunity to run a CrossFit kids program for a year while they lived in Kansas.